Obama and Holder-Fast and Furious!

Obama and Holder-Fast and Furious!.   Obama strikes again! TSA becoming a police state-showing up at rodeos, weigh stations, NASCAR-Eric Holder cover-up, Fast and Furious –our own agents being killed with United States weapons-Bill Ayers and Weather Underground bombed Pentagon and NYPD and US Capitol now an Obama companion; Black Panther Party rises. Katya Belinsky, the rightest Russian- American, gives you the good, the bad, and the ugly on The RIGHT Kind of Politics on WWW.I-NETRADIO.COM  on Wed Aug 14 at 1, 4, 7, 10 PM NY time 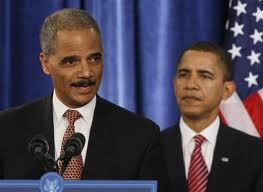 One response to “Obama and Holder-Fast and Furious!”